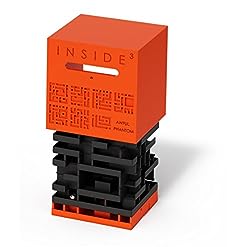 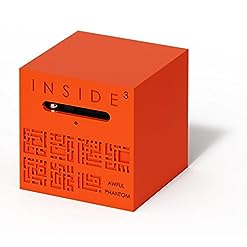 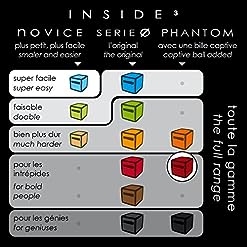 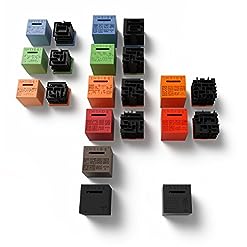 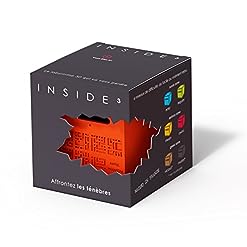 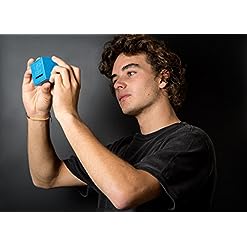 Awful Phantom Labyrinth Cube (INSIDE3) Level : 9 Out of 12, CIAP

Product prices and availability are accurate as of the date/time indicated and are subject to change. Any price and availability information displayed on [relevant Amazon Site(s), as applicable] at the time of purchase will apply to the purchase of this product.

Category: Puzzles
Site Disclaimer
Gamesrelatedstuff.com is a participant in the Amazon Services LLC Associates Program, an affiliate advertising program designed to provide a means for sites to earn advertising fees by advertising and linking to amazon.com and other Amazon domains.

What is the Phantom Labyrinth Cube?

Inside3 is a 3D labyrinth which is played blind.

It’s a new game presented in the form of a cube. The cube holds a marble that is alternatively visible on the top or bottom face, depending on what stage of the game you are at.

On each of these two faces, the player finds a map indicating the course that needs to be taken in order to direct the marble towards its destination. The map is composed of 7 plots representing the successive layers that must be crossed.

Yep, you guessed it; the INSIDE 3 cube is not just great to look at, it is equally difficult to solve.
According to the level of difficulty chosen (see the range below), you will have to avoid the traps, take
a path backwards and swirl the cube around to retrieve the marble……

Play is simple, just loosen the marble with a finger and watch it fall into the darkness. What follows is a combination of logic and sensory perception by listening and feeling for the movement of the ball.

The idea for INSIDE 3 is the fruit of a slow maturing process. It was inspired by many references, among which are the Moria grottos, Alien, the Descent, House of Leaves,Theseus, Attack of the Black Star, Cube, Portal, Dungeons and Dragons, Hellraiser, the Raiders of the lost Ark, Journey to the centre of the Earth…

There are no reviews yet.

Be the first to review “Awful Phantom Labyrinth Cube (INSIDE3) Level : 9 Out of 12, CIAP” Cancel reply